“I’ve had some really rough patches. I have to say, if it weren’t for the Alannah & Madeline Foundation, I don’t think I’d have made it through.” – Ashton Kline, Foundation Ambassador and former client. 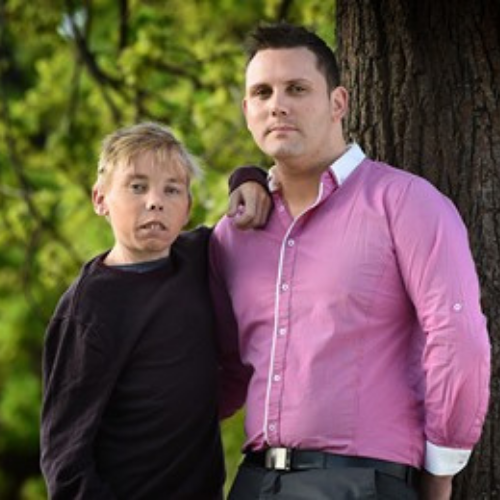 Sadly, hundreds of thousands of children in Australia live in a violent home, damaging their emotional and physical development.

In 2008, a more intensive, longer-term assistance program for children suffering from the effects of violence and trauma was established by the Foundation.

Support to recover and heal enough to break the cycle of violence is critical and our Intensive Support Program – later to evolve into Children Ahead – began its first intake.

Hundreds of children and young people have been provided with intensive, therapeutic support, which has aided in their difficult recovery from significant trauma or violence.

Foundation Ambassador, Ashton Kline, was a recipient of the early Intensive Support Program (pictured right with his brother Grant).

When he was only 15, Ashton’s father murdered his mother, Viola, leaving him and his little brother Grant, just 6 at the time, with nowhere to live, and foster care as their only option.

That’s when they met the Alannah & Madeline Foundation.

Once the Foundation began advocating for them, everything changed, Ashton said.

“We had no idea who to trust and, at that point, it was very important to know that there was someone that I trusted who had no agenda other than our needs.”

And that's the point of difference with the Alannah & Madeline Foundation, he said.

“They do genuinely care, and they take responsibility for doing what they say they’ll do. For all that we’ve been through, one constant through all these years has been the Alannah & Madeline Foundation.”

25 years: For their right to be safe from violence and trauma.