“This Australian Gun Safety Alliance was formed in response to increasing concerns among health professionals and other sectors that Australia’s gun laws are being watered down to levels which threaten the public’s health and safety.” – Terry Slevin, CEO, Public Health Association of Australia. 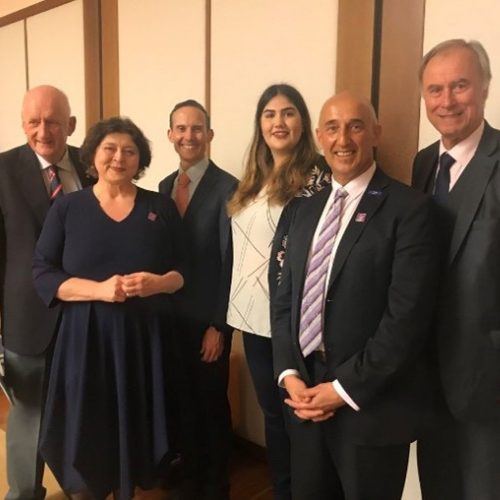 A passionate group of gun control advocates was already hard at work before the Port Arthur tragedy, alerting the media to serious flaws in Australia’s gun laws.

Within 12 days of the tragedy, there was bi-partisan support for a National Firearms Agreement that banned automatic and semi-automatic weapons and re-positioned gun ownership and use as a privilege that was conditional on the overriding principle of public safety.

The National Firearms Agreement became the envy of the world.

In the 18 years up to and including the Port Arthur tragedy, there were 13 gun homicides in which five or more people were killed (excluding the shooter) in Australia.

Following the gun reforms, no mass shootings occurred until a tragic domestic murder-suicide in May 2018. The chance of dying from a firearm has halved in those 25 years.

However, there is a need for ongoing vigilance about our strong gun laws as the commercial pressure put on governments by the firearm community is relentless.

With the passing years, there has been a growing fear that what was won in the aftermath of tragedy and suffering was being eroded and could be lost. In 2017, all state and territory governments renewed their support for the National Firearms Agreement, but remarkably, even after 25 years, not a single government is fully compliant.

In 2018, the Foundation created the Australian Gun Safety Alliance to bring together a range of organisations who support our efforts to ensure firearm safety and ensure that Australia’s strong gun safety laws were protected and kept intact.

The Alliance brought together organisations from many sectors, including health, medical, family violence, children, education and emergency services to ensure that all governments in Australia comply with the National Firearms Agreement.

We are currently working with all states and territories to ensure they continue to adhere to the agreement.

Reflecting recently on the events of 1996, Walter Mikac AM said:

“We have saved thousands of lives by not having semi-automatic firearms in Australia”.

We bring children’s rights to life.

The safety of children and young people is why we are here. Our child-rights framework informs everything we do.

It drives our mission to see all jurisdictions compliant with the Australian National Firearms Agreement through Australian Gun Safety Alliance.

It sees us work closely with school communities, governments and industry to make online spaces and devices used by children and young people safe. And it means advocating for children to be formally recognised as victims of crime.

We believe the needs of children should always be part of government policy – and that all government decision making should consider the best interests of the child, first and always.

It’s their right. And our ongoing mission to make it happen.

25 years: Our advocacy work speaks out on behalf of children and young people, and fights for their right to be free from bullying, violence and trauma, so their future is strong.